Home > Blog > Uncategorized > Fireworks: How does the new Georgia law affect you and your safety?

Fireworks: How does the new Georgia law affect you and your safety? 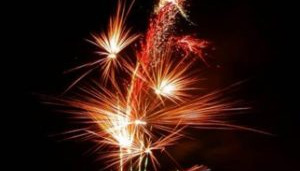 The new law has already been cause for concern for some citizens who say that the excess noise and potential danger in their neighborhoods is affecting their private enjoyment of their property.  The law is very controversial as some people are obviously concerned about the danger of serious injury and fires stemming from the firing off of fireworks.

What you should know is that, although Georgia has now made legal the possession and use of fireworks year around, does not make them any less dangerous.  According to the AJC, a local man severely injured his leg on July 4 this year when attempting to set off a firecracker.   Fireworks should always be carefully handled and used in the appropriate manner or otherwise serious injury can occur. Never detonate fireworks directly at or near another person and always ensure that you allow yourself enough space, i.e. a large field, to detonate the fireworks without the possibility of it landing on someone’s property, potentially causing a fire.

It does not matter how much experience you have with fireworks, they can and are still very dangerous if not used properly. Sadly, a few NFL football players learned the dangers of fireworks the hard way over the 4th of July weekend when they were seriously injured, one even having his index finger amputated as reported by ESPN.